Caring for your pets when you’re no longer able

Ensure your pets are in good hands — no matter what. Work with Cats in the City to establish a Power of Attorney for Pet Care.

POWER OF ATTORNEY FOR PET CARE

Many people write wills to ensure their (human) family members and property are cared for properly after their death or if they become ill or incapacitated. Yet only 9 percent of those wills include a clear care plan for any animals left behind.

With the lifespan of pets so short, many pet owners expect to outlive their furry friends. But tragedy can strike anyone.

If you’ve ever lost someone close to you, you understand how chaotic life can become in the aftermath: There’s a funeral to plan, family to comfort and possessions to distribute. Unfortunately, pets can be overlooked in the confusion that accompanies death or unexpected illness.

According to the Humane Society of the United States, pets are often found in an owner’s home several days after a death or emergency strikes. Without their owner or access to food or water, the pets are found scared and famished.

You can take action now to ensure your pets are cared for immediately and according to your wishes.

PREPARE FOR THE UNEXPECTED

Tips for preparing your pets for a future without you.

A NOTE FROM NANCY

Months before she passed away, Nancy wrote a note to Cats in the City. That note ensured her cats were kept together after her death.

Reach out to Cats in the City for help crafting your own Power of Attorney for Pet Care.

Designate Cats in the City to serve as emergency caregivers and provide them as much information as possible about your pets. Provide a key to your home and detailed feeding and care instructions. Make sure they have access to the most up-to-date copy of veterinarian records and contact information.

Carry a card in your wallet that indicates you are a pet owner and where your pets are located. Include the contact information for your emergency caregivers.

Pets will need immediate attention, so establishing an emergency caregiver and carrying an alert card are good first steps. However, permanent and formal arrangements should still be made. The best way to ensure your pet is cared for according to your wishes in the long term is to put your terms on paper.

Cats in the City helps pet owners document their wishes in a will, trust or other legal document with the assistance of an attorney.

Experience as tireless advocates for animals

Cats in the City has already advocated for several animals after their owners have passed, including three purebred ragdoll cats belonging to a sweet woman named Nancy.

On June 12, 2020, Dan and Shawn received a handwritten note from Nancy:

You have been so very good to me, and at a time when I truly needed it. I feel so very lucky to have found people who take — and will take — such good care of my most cherished members of my family! With that in mind, enclosed is the information so that in the event of my permanent demise, my cats will be cared for as they deserve to be!

The card listed specific instructions for each of the three boys: They must be kept together, they are fed a 250 calorie per day diet, and Pebbles is addicted to Friskies lil’ soups and should be treated to one a day (although she would prefer a keg of the stuff if it were available).

Nancy drew a smiley face next to the line where she mentioned her permanent demise, and noted that she was laughing about it as it seemed ridiculous. However, Nancy passed away not long after she wrote the note on September 5, 2020.

Because of Nancy’s forethought and planning — she had met with a lawyer and set up an account with money to provide for the care of the cats with Cats in the City until a permanent home was found — her wishes were kept. Cats in the City found a new forever home for the boys, where they could stay together and enjoy all the lil’ soups their bellies desire.

Although Nancy’s wishes for her cats were clear in her note, the fiduciary carrying out her estate still considered separating the cats to save money. Dan and Shawn advocated tirelessly, as they had promised, and refused to compromise on a situation they knew Nancy would not have wanted for her cats.

Nancy’s three boys are now in good hands, but the experience inspired Cats in the City to help more owners establish a plan for their own animals. 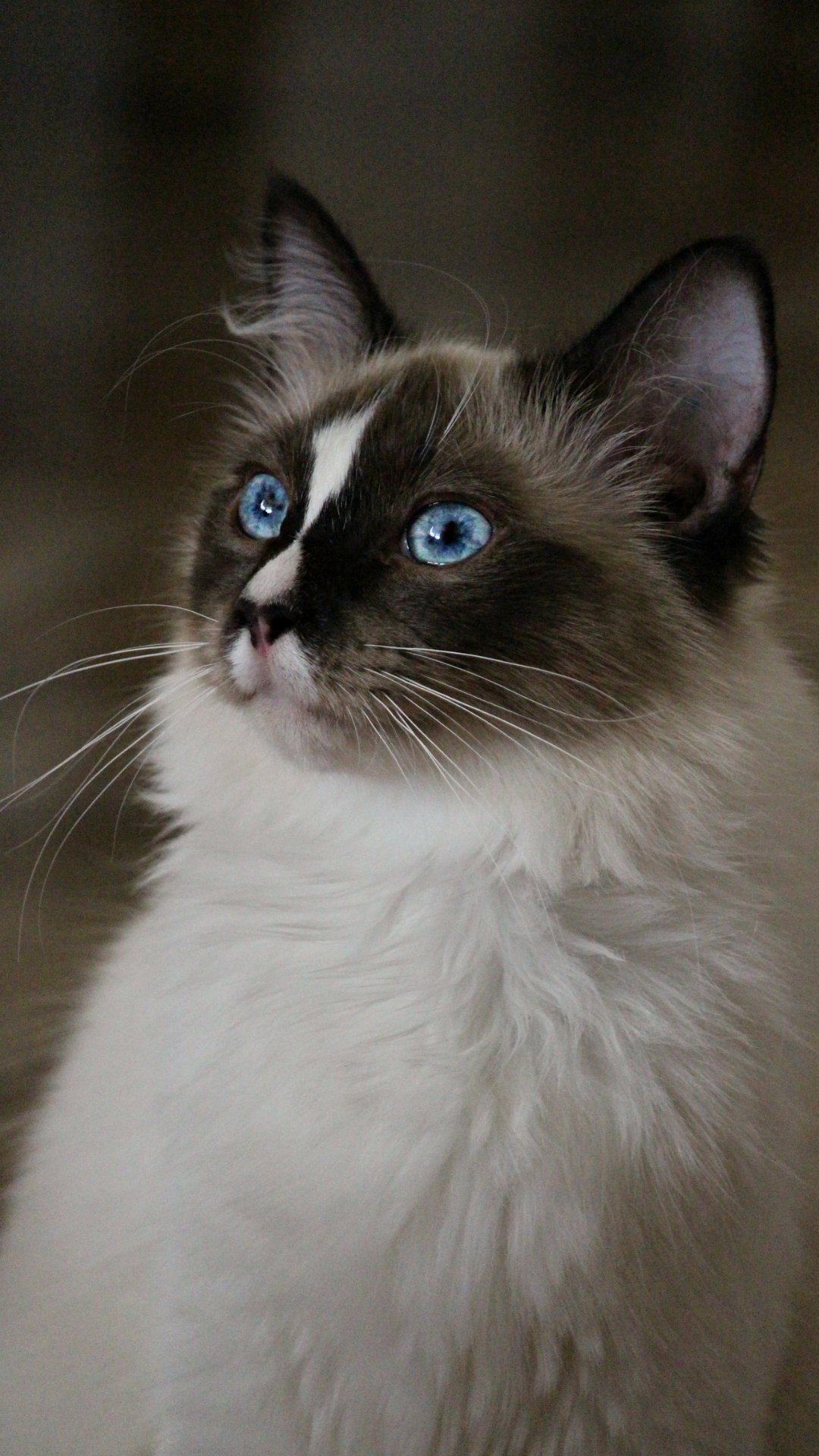 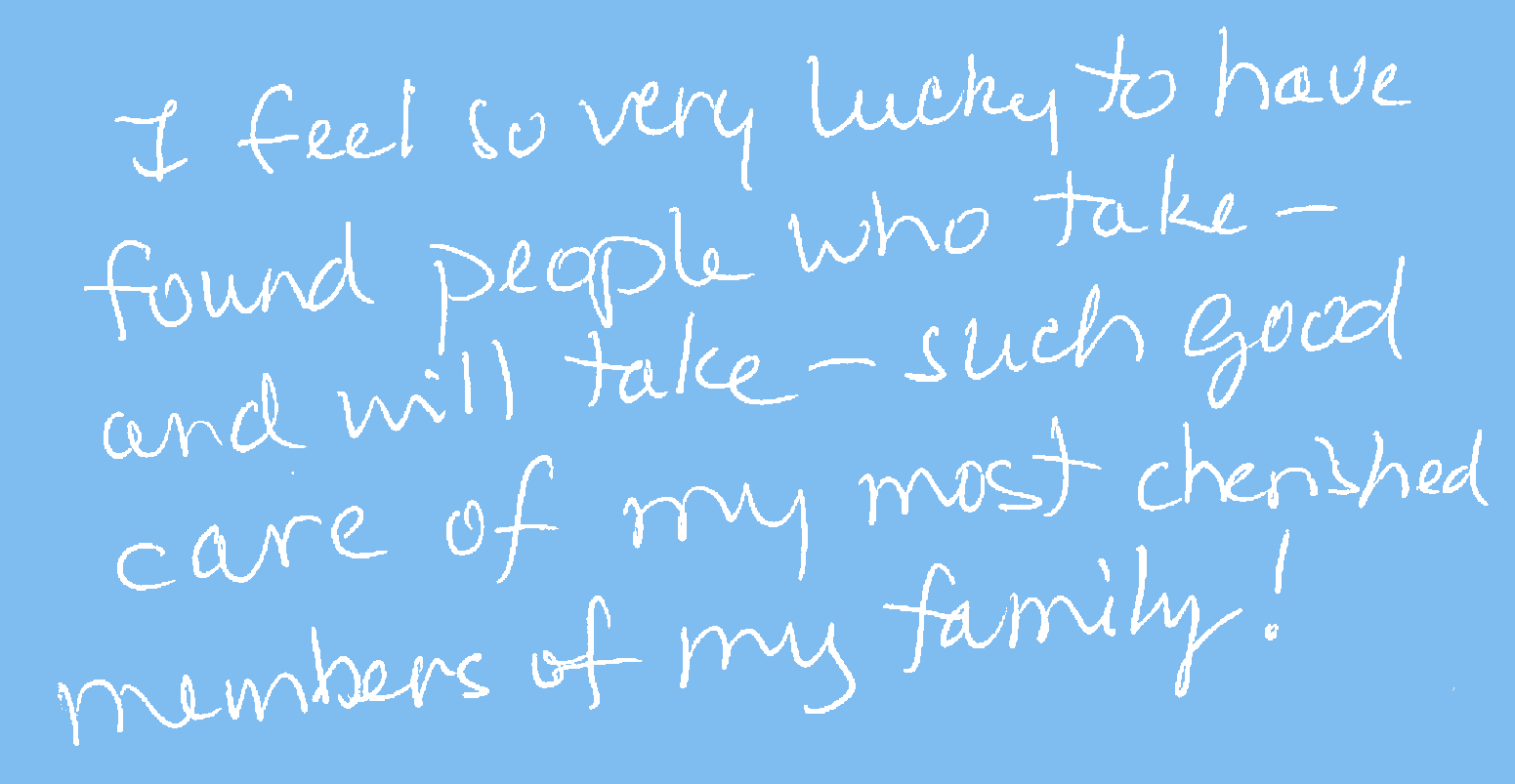 Cats in the City: Character to do what's right

Cats in the City was founded over a decade ago by animal lovers Shawn and Daniel Lioy-Ryan, a social worker and neuroscientist with backgrounds in animal behavior.

They created Cats in the City based on the vision of what they would want for their own animals: The comfort of a home setting instead of the confinement of a crate or kennel.

With years of experience in cat training for animal-assisted therapy in hospice settings, animal behavior, and professional grooming, several Cats In The City customers have come to trust Shawn and Daniel to care for their animals in the event of their death.

This is an honor that Shawn and Daniel have trained their entire careers for and are ready to help more pet owners establish their Powers of Attorney for Pet Care.

Are you ready to ensure your pets are in good hands? Contact Cats in the City at 503-214-2003 or fill out the form below to get started.

”Our whole philosophy is based on caring for other peoples' pets like we would want our own pets to be cared for. Our life experience and our training puts us in the unique position to carry out the end-of-life wishes of pet owners. The systems in place — the fiduciaries and the courts — sometimes care more about money than about the dead's wishes. We take this very seriously and have the character to fight for what's right for the pets.

Shawn Lioy-RyanCo-Founder, Cats in the City

Ready to protect your pet's future? Fill out the form below to get started.